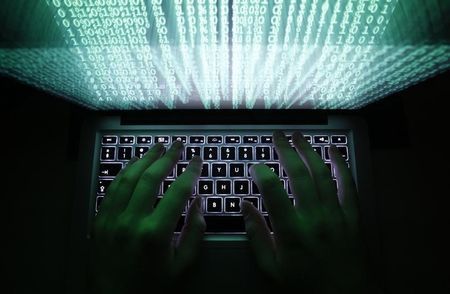 The Group of Seven industrial powers on Tuesday said they had agreed on guidelines for protecting the global financial sector from cyber attacks following a series of cross-border bank thefts by hackers.

Policymakers have grown more worried about financial cyber security in the wake of numerous hacks of SWIFT, the global financial messaging system, including an $81 million theft in February from the Bangladeshi central bank’s account at the New York Federal Reserve.

“Cyber risks are growing more dangerous and diverse, threatening to disrupt our interconnected global financial systems,” according to the guidelines agreed by G7 finance ministers and central bankers.

The guidelines, which officials described as non-binding principles, were in a three-page document posted on the Web pages of G7 government agencies. The G7 comprises Britain, Canada, France, Germany, Italy, Japan and the United States.

A Treasury official later said the guidance was an effort to encourage regulators and firms to approach cyber security from a risk-management perspective. Fed Vice Chairman Stanley Fischer said in a statement the guidelines would address the weakest links in global cyber security.

The guidelines released on Tuesday instruct governments to ensure that they police their own cyber-security readiness as well as that of companies they regulate, and that public and private institutions continually update their defenses.

The goal of the guidelines was also to get firms and regulators across the world to approach risks the same way, according to the Treasury official.

“If we get this right we will drive a common lexicon,” said the official, who asked not to be named.

Governments are also supposed to notify one another about joint threats and cooperate to contain computer system breaches, while firms are encouraged to share information and ask for help when they need it.

“Maintaining trust and confidence in the financial sector significantly improves when entities and public authorities have the ability to mutually assist each other,” according to the guidelines.

by: Jason Lange via Yahoo Tech

Our goal is to help you accept payments anywhere you want. Our solutions are backed by the most reliable and secure in the industry. Contact us or dial 888-731-4443 and one of our solutions experts can steer you and your business in the right direction.