Personal computers evolve to stay relevant in a mobile world 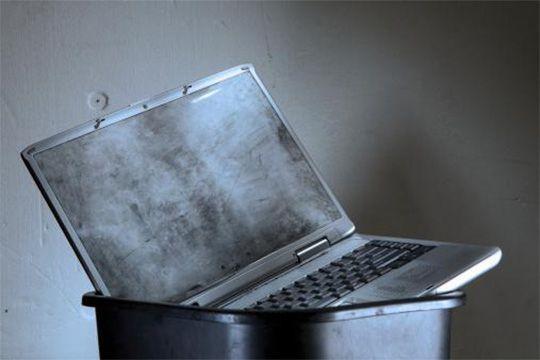 Going by periodic reports of the imminent death of personal computers (PCs), coupled with developments in mixed reality—a combination of augmented reality and virtual reality—by companies like Magic Leap Inc. that promise to make every surface a screen, you may often wonder why the world’s largest technology companies continue to make PCs.

Just this October, the world’s largest software company Microsoft Corp. launched its surface all-in-one PC, christened Surface Studio, while Apple Inc. launched its new Macbook Pro laptop line-up even as Michael Dell, chairman and chief executive of Dell Technologies, the combined business of Dell Inc. and EMC Corp., reiterated at Dell World 2016 on 18 October that his company had “gained share for 15 quarters in a row” in a declining PC market.

Still, statistics do not in any manner support the optimism over PCs.

Still, statistics do not in any manner support the optimism over PCs.

Lenovo Corp. continued to be the worldwide market leader based on preliminary PC shipments, but HP Inc. is nearly tied at the top spot. Segment-wise, Dell claims his company is number one in PCs in terms of revenue, but Dell ranked third with 13.5% in Q32016. These rankings could change when final shipment results are published by Gartner later this year.

Further, Internet usage by mobile and tablet devices at 51.3% exceeded that of desktops worldwide (48.7%) for the first time in October, according to independent web analytics company StatCounter.

Youngsters are clearly mobile. The report points out that virtually all 18-34 year-old millennials (97%) are mobile users, while 20% don’t use desktops at all. The 35-54 age demographic has the highest percentage of multi-platform users (82%) while the oldest segment still has a sizeable, but shrinking, portion of its audience that only uses desktops.

While social media, communications and entertainment categories have always done well on mobile, many consumers are now branching out to perform other functions, the comScore report notes. Consumers increasingly use mobiles to access information on health, careers, and travel, and they increasingly conduct banking transactions and buy airline and event tickets. Further, since the end of 2005, smartphone penetration of the mobile phone market had grown from next to nothing to 79% by end-2015.

The vast majority of social media consumption occurs on mobile apps, driven largely by smartphones. The comScore report says it’s likely that the digital share of time spent among 35-54 year-olds might also soon surpass Live TV. Moreover, the total time consumers spend on YouTube is up for both desktop and mobile, but its mobile engagement has nearly doubled over the past two years.

The year 2015 was a huge year for mobile commerce, seeing annual growth of 56% and gaining a larger share of retail dollars. Desktop e-commerce is still experiencing moderate growth at 8%, but it has dipped to single digits as mobile continues to emerge as a buying platform. M-commerce has come a long way in the past five years and now contributes about one in every six dollars spent via digital commerce. Of course, mobile accounts for 60% of time spent shopping online, but only 16% of all retail dollars spent, due to factors such as security concerns and smaller screen size.

However, faster connections, decreasing concerns over transaction security, larger phone screen sizes, and more frictionless navigation of e-commerce mobile sites and apps will all help push m-commerce share from under 17% in 2015 to more than 20% in 2016, according to comScore.

Yet PCs are alive. The PC may no longer be the primary computing device for many at home, but it is premature to be preparing requiems for it heralding its death.

In today’s multi-device digital world, PCs, which include desktops and laptops, are here to stay despite declining growth rates and the presence of smartphones, tablets, phablets, wearables and other computing form factors—especially for professionals, content creators and businesses.

Why, even mobile young people who can’t live without their smartphones and sneer at PCs go back home only to play advanced computer games on their graphics processing unit or GPU-intense PCs.

There are certain advantages that PCs have over mobiles, especially as gaming and enterprise productivity devices. Mobile devices, for one, tend to become obsolete faster and are seldom upgradable. PCs, on the other hand, can be upgraded. Screens are definitely much larger and one can buy more computing power (read RAM, CPUs and GPUs) in a PC for less money. You can use an operating system (OS) of your choice and the PC platform can be used to virtualize other systems, and even entire networks, onto a single machine.

One can conversely argue that one can easily convert one’s mobile into a big PC by plugging it into the high-definition multimedia interface (HDMI) port of your TV (with anadapter, a mobile high-definition link or MHL compatible port and an HDMI cable) and using an external keyboard and mouse if needed. That may not be very practical, though, if you share the TV screen with your siblings and parents. The other option would be to buy a smart TV (that can connect to the Internet) but the same arguments would hold and you would still need a PC for productivity tools like email, etc., besides needing an external storage device.

The good news is that PCs are evolving—the Surface Studio and MacBook Pro line-ups being cases in point. The flip side is they are getting pricier.

For instance, Microsoft wants users to turn their “desk into a studio” with a 28-inch PixelSense display. Microsoft PixelSense (formerly called Microsoft Surface) is an interactive surface computing platform that allows users to use and touch real-world objects, and share digital content at the same time.

The Surface Studio also comes with cutting-edge accessories such as the ergonomic keyboard, the Surface Mouse and the current object of the public’s curiosity, the Surface Dial, which fastens onto the screen to offer rotary functions.

Apple, too, has provided a next generation input and control feature—Touch Bar—in its Macbook Pro line-up. This is the touch panel above the keyboard, as a secondary input method.

In an interview on the sidelines of Dell World 2016, the firm insisted that ours is a “multi-device” world. “In 2012, the idea was smartphones here and PCs there—it’s not correct now. In organizations, smartphones and PCs co-exist in a multi-device world. The view around that time that the PC was dead created an opportunity for us,” said Dell, concluding that “many customers are not giving up on PCs” and likening computing (PCs, tablets, detachables, smartphones, wearables, etc.) to transportation, where people use different modes like bicycles, cars, trains and planes.

Statistics notwithstanding, there is certainly merit in his analogy. At least, till every surface can be used a screen.

by: Leslie D’Monte via livemint.com