Why even payments experts have trouble at the point of sale 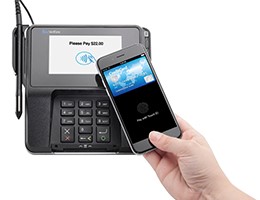 Reetika Grewal — head of payments strategy and solutions at Silicon Valley Bank, a $43 billion-asset bank in Santa Clara, Calif. — recently tried to use her iPhone to make a mobile payment. She then swiped her card and the machine started beeping.

Finally, she inserted her card and the payment went through.

As a payments industry professional, she took the situation in stride, but her experience exemplifies an issue many consumers are facing. “For a transaction that should have taken five seconds, it took me more than 30,” says Grewal, who has been recognized two years in a row by PaymentsSource as one of the most influential women in payments.

For starters, many merchants don’t accept mobile payments and consumers are often left guessing. When she first began using Apple Pay, Grewal says she researched stores where it was accepted. “But now I just endure the confusion. I try my Apple Pay first and if that doesn’t work, then I try to figure out how to actually make a payment,” she says.

Another issue with contactless payments is that mobile payments have more ways to fail than plastic payments do, explains Ulrike Guigui, managing director at Deloitte Consulting in New York. For instance, the customer’s phone might be locked, an app might not have downloaded properly, or a card reader doesn’t work.

Most cashiers aren’t adequately trained to deal with these types of issues, upping the frustration for customers at the point of sale—and making it harder to convince new people who hear about these troubles to adopt the technology. “In order for mobile payments adoption to take off there has to be a value proposition [convincing customers] to switch to a new payment form,” she says.

Of course, some of the issues with mobile payments will likely get better over time as more merchants enable the technology.

Joe Mach, senior vice president and general manager of vertical solutions at Verifone, predicts that customer confusion will remain a pervasive issue until at least 50 percent to 60 percent of large merchants accept mobile payments. “I think you’re going to see strong traction in 2017, but it’s still probably 24 to 36 months from where we are today before we’ll reach that figure,” he says.

In the meantime, it remains to be seen whether consumers will become so frustrated by their inability to use mobile payments consistently that they simply give up trying.

“Ease of use is almost as important as reward. If you make something too difficult to use, consumers aren’t going to use it,” says Mark Ranta, head of digital banking channels at ACI Worldwide. At some point, “consumers are just going to go back to what they were using before unless there’s a real benefit to them,” he says.

As mobile payments gain traction, the technology infrastructure may also be tested and that, too, will try customers’ patience. Ramesh Siromani, a partner in the financial institutions practice at A.T. Kearney, points to the July Worldpay outage as an example of what could eventually plague mobile payments. “It’s an indication of how we have to be prepared for such things in the mobile world,” he says.

by: Cheryl Munk via PaymentsSource