Globally, the ‘Pays’ Ring up Eye-Popping Growth. But In the U.S., It’s a Different Story 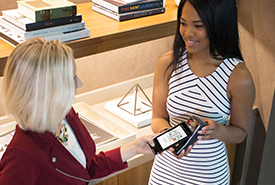 Mobile-wallet enthusiasts may have to look overseas for encouragement. A report released Tuesday indicates sizzling growth worldwide for the three major mobile-payments services—Android Pay, Apple Pay, and Samsung Pay—but researchers who follow the U.S. market say the trio are making little if any headway with consumers.

The report from Juniper Research, a U.K.-based firm that refers to the three brands as the “OEM Pays,” shows rapid growth overall in users globally. From 20 million in 2015, the total user count for all three grew to 75 million last year and will balloon to 144 million in 2017, according to Juniper’s estimates. The report, entitled “Contactless Payments: NFC Handsets, Wearables & Payment Cards 2017-2021,” does not indicate how often these consumers use the wallets.

Apple Pay, which was launched in the United States in October 2014 and has since expanded to 12 overseas markets, leads the pack with 45 million worldwide users as of the end of 2016, a number Juniper expects to nearly double this year. A distant second is Samsung Pay, at 18 million users, while Android Pay comes in at 12 million. Those counts will increase this year to 34 million and 24 million, respectively, Juniper forecasts, adding that, by the end of 2021, the three services will together claim more than 500 million users globally.

Driving this growth, at least in part, is what the report sees as the increasing availability of point-of-sale equipment that can support the three wallets. All three depend on near-field communication technology to link smart phones carrying the apps with POS terminals. Samsung Pay’s technology can also mimic a mag-stripe swipe, and Android Pay uses a technique called host card emulation to allow issuers to download tokenized card credentials, rather than storing this data in the phone’s secure element.

“We believe that as contactless usage gains traction and consumers/merchants recognize the speed and convenience it offers, then, as in European markets, there will be a further and significant increase in availability at the point-of-sale,” says Juniper research author Nitin Bihas in a press release. In the U.S. market, this is already happening, Juniper says. Some 35% of U.S. retailers were capable of accepting Apple Pay by late 2016, up from 4% in 2014, the release points out.

But researchers with a separate firm say U.S. user growth for all three “Pays” has been flat, at best. Apple Pay, for instance, has not budged beyond 10 million to 12 million households, a number it reached in the second quarter of 2016, says Greg Weed, director of card research at Phoenix Marketing International, Rhinebeck, N.Y.

For mobile wallets, Phoenix measures what it calls the “incidence rate,” or the number of households in which at least one person has linked a credit or debit card. The firm does not measure how many persons may have done so in each household.

“The U.S. data does not support the exponential growth in worldwide [Pays] users as indicated by Juniper’s numbers,” Weed tells Digital Transactions News. “It’s not even showing a modest growth curve.”

Weed’s colleague, researcher Leon Majors, blames a lack of consumer marketing in the United States combined with confusion brought on by a proliferation of wallets arriving with the introduction of EMV chip transactions. “Consumers are saying, ‘You guys figure this out and then call us,’” says Majors.

Both Phoenix researchers, however, caution the picture could change with the firm’s latest survey results, which are due out soon.

by: John Stewart via digitaltransactions.net