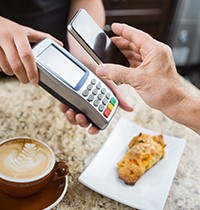 With contactless payments becoming ubiquitous in many parts of the world, more than 16 million NFC-ready POS terminals will ship this year, according to Berg Insight.

Almost three out of every five POS terminals shipped this year include NFC. In Europe and North America more than 90% of new units can accept tap and pay, while the technology is also popular in other major markets such as China and Brazil.

The firm has also seen a boost in the number of NFC-enabled terminals that are actually activated. By the middle of this year, around 15 million units could accept contactless payments from Visa, Mastercard or UnionPay.

A major factor affecting the market is the rise of mPOS terminals. The attach rate for NFC in the mPOS segment is anticipated to reach 45% in 2016 as terminal shipments reach 8.2 million units.

Johan Fagerberg, senior analyst, Berg Insight, says: “The growth is driven by the increase in mPOS terminal shipments from 18.0 million units in 2016 to 42.3 million units in 2020, as well as by a growth in the attach rate from 45 percent to 77 percent.”

Author unknown: via finextra.com
Contact us  or dial 888-731-4443 and one of our solutions experts is happy to help you.