The impact of 5G on eCommerce 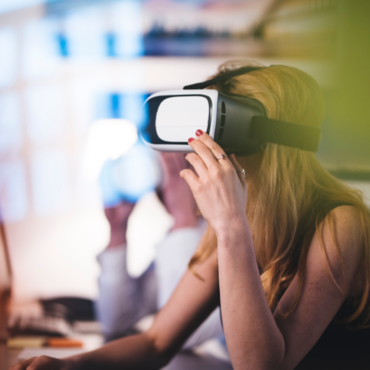 For those who have followed the development of 5G, it has become abundantly clear that the sky really is the limit for this new communication technology. The potential applications should leave anyone staggering for the sheer depth and breadth of it all. Nowhere is this more true than in the world of eCommerce; when you take a closer look, it is clear that the full range of 5G applications has the potential to completely transform the experience of shopping online.

Everything old is new again

There’s a reason that 5G has been called “fibre without the fibre.” It has been shown to produce speeds akin to fibre optics – reaching even into the gigabit range – and since it’s a wireless transmission protocol, it requires no extensive infrastructure of buried or hung cable. Its infrastructure demands, by comparison, are much simpler – often including a tower, transmitter, and some incidental hardware – and can therefore be made available in more locations.

This immediately addresses a point that has been a hot button issue of contention almost since the inception of the internet itself: the “digital divide.” There are many places in the United States, and beyond, where internet service of any sort is either unavailable outright or prohibitively expensive and limited in scope. This keeps those users out of many common applications that those on the other side of the divide take for granted.

With 5G in wide use, suddenly users have access to ultra-high-speed internet of sufficient capacity to open up a range of new facilities. Imagine what happens when those who previously had no access to even cable television can suddenly stream Hulu. A range of new markets immediately opens up for products those markets didn’t even know existed, available through services that were likewise unattainable until 5G became available. Imagine what this means for bottom lines as market sizes suddenly increase by double-digit factors.

It gets even better from there. While businesses are busy being staggered by the bottom-line ramifications of huge new markets suddenly coming online, a whole new market as well.

For anyone who’s ever used early-model internet access, like 3G wireless or dial-up internet, we know that its ability to conduct high bandwidth processes such as stream video is limited at best. We likewise know that when we have access to improved systems, like 4G or megabit cable, the performance of these technologies improves. Now, what happens when we go to the very latest technology, but try to run it on the backbone of current standards? We get the same effect that we did trying to stream video over dial-up.

Thus, with 5G in wide availability, we’re able to open up a whole new range of technologies like augmented reality and virtual reality. We can put these technologies to work in eCommerce operations, and we’ve already seen them at least get started. We’ve seen how augmented reality can take a smartphone’s camera’s view of a living room, and show us just what a certain sofa might look like in-place if it was purchased. We’ve seen some stores experimenting with mirror surfaces that can show just what a shirt might look like on a person, enabling us to ‘try on’ far more clothes in a much shorter period of time. These points are just the beginning of the new technologies that can put to use with the right infrastructure behind them.

Everything new, and old, goes wider-scale

If that sounds a bit too pie-in-the-sky for you, consider the development of smart cities, where devices are constantly communicating presence, location, and various other factors back to a central hub. Consider a future in which garbage cans alert city workers that they are full and require emptying. Consider how traffic lights can not only be timed to the second, but can also tell when it’s not necessary to allow traffic going one way through when there is no traffic in that direction without the use of potentially expensive infrastructure such as sensors. One major pet peeve of drivers, sitting at a red light with no cross-traffic coming, would be eliminated.

But will everything old, or new, still work?

As many possibilities as there are for 5G to revolutionise eCommerce, whether by showing us how things look in their proper setting or taking the hassle out of driving a car, not every possibility will come to fruition. Several key concerns emerge over the impact of such changes.

For instance, introducing technology to new markets, and crossing the digital divide, could have significant impact on the region. What happens to the formerly-vibrant local hardware store when anything it has—and then some—can be had, cheaper, on Amazon? Such places are already often depressed in terms of job availability, so will this new technology be welcomed or actively resisted?

What’s more, the issue of the smart city has never emerged without privacy concerns; smart cities depend on a flow of information on a scale never before seen. What happens when businesses can tell what hours we keep just by observing when our power demands trail off? What happens when those businesses decide to monetize that information by selling it to others? Does anyone want their insurance provider calling out of the blue one day, saying that, if you don’t start going to bed earlier, you’ll be assessed an extra fee to keep insurance?

Even assuming these points can be addressed, adoption rates will likely be uneven at best. First, 5G will almost certainly not deploy uniformly, but rather deploy in the standard fashion, addressing large municipalities first and then filtering down into the countryside, which in some cases is still waiting for 4G to make an appearance.

There is a great potential for 5G to impact eCommerce, but it doesn’t come without potential drawbacks or a lack of uniformity. Still, with a massive array of possibilities for new markets and new technologies alike, 5G is worth every bit of resources required to put it in place and keep up with its developments accordingly.