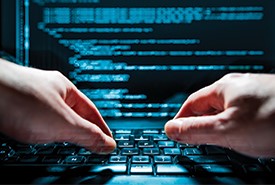 Card-not-present fraud is growing as EMV chip cards make it harder for fraudsters to use counterfeit credit and debit cards at the point of sale, but perceptions about the reasons for the increase may need some clarification, according to the U.S. Payments Forum.

“Some of the reports of large rises in CNP fraud seem to be conflating consumer perception of fraud with actual fraud data,” Randy Vanderhoof, executive director of the trade group formerly known as the Smart Card Alliance, said in a statement last week. “It’s important to understand all of the factors at play with what’s happening with CNP fraud in the U.S. There is the steady progress of the chip migration, which is closing off the card-present channel for fraudsters. At the same time, growth in transaction volumes in e- and m-commerce channels is accelerating.”

The Federal Reserve’s 2016 Payments Study said counterfeiting accounted for 44% of U.S. card fraud in 2015. Next, at 39%, was what the Fed calls “fraudulent use of card number,” a term for fraud in which the card is not physically presented to the merchant. In third place was lost-and-stolen card fraud at 11%. Experts point to other countries with longer EMV histories where CNP fraud has boomed. In the United Kingdom, for example, CNP fraud accounted for 70% of card fraud in 2015.

Vanderhoof said that “while industry data and corresponding media reports are stating an overall rise in CNP fraud, what we are actually seeing is that the overall proportion of CNP fraud is actually staying relatively even—and perhaps even decreasing—as a percentage of online sales.”

Meanwhile, citing recent data from consulting firm The Strawhecker Group, the Princeton Junction, N.J.-based U.S. Payments Forum says 52% of U.S. merchants are now enabled to accept chip payments, 36% have POS terminals that can process contactless transactions, and 28% of those terminals are activated to accept contactless cards. Also, according to data from another consulting firm, Glenbrook Partners, the Forum said 63% of U.S. payment cards now have a chip. Some 81% of credit cards and 46% of debit cards are EMV-capable, the group said. Those figures fairly closely reflect a recent EMV Market Snapshot from Visa Inc.

by: Jim Daly via digitaltransactions.net