American Express is getting rid of signatures for credit card purchases 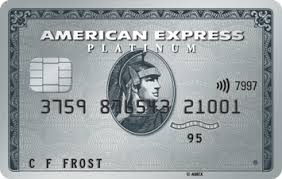 American Express has announced that it will no longer require signatures for credit card purchases beginning in April 2018, joining Discover and Mastercard, which have also announced similar changes.

According to Jaromir Divilek, an executive VP at American Express, the company is making the change because its “fraud capabilities have advanced so that signatures are no longer necessary to fight fraud.” The company also cites advances in contactless payments, the explosion of popularity in online shopping, and the buzzword-citing use of “advanced machine learning algorithms” to help prevent fraud more efficiently than comparing a signature.

AMERICAN EXPRESS IS DOING AWAY WITH SIGNATURES GLOBALLY

Unlike other card companies, American Express is doing away with signatures globally, instead of just in the US. For comparison, current American Express policy is that customers don’t have to sign for purchases under $50 in the US, under $100 CAD in Canada, or under £30 in the UK.

Now that American Express is getting rid of signatures at checkout, that just leaves Visa as the last major US card company that has yet to announce a similar change.