With Interac’s Real-Time Network Volume Up 50% in 2016, More Services Are on the Way 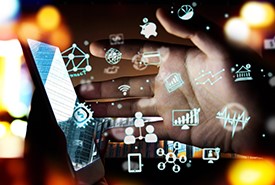 Interac, the Canadian debit network, says a record number of payments were made in 2016 using e-Transfer, its money-transfer service. Transactions totaled 158 million, up 50% from the 2015 total of 105 million.

Interac’s 15-year-old e-Transfer service is used to digitally move money for person-to-person, person-to-business, business-to-person, and business-to-business transactions. Customers use it for paying rent, making payroll, splitting a bill, or reimbursing another consumer, among other purposes.

Transfers require a recipient’s email address or mobile number. Both sender and recipient must have accounts at participating banks in Canada.

Later in 2017, Interac intends to add more capabilities to the service, including the ability to request money, make recurring payments, set up automatic deposits, and enable businesses to use application programming interfaces to access the e-Transfer platform.

Banks, too, have plans for the service. In March, the Royal Bank of Canada began offering its customers the ability to use their iPhone’s virtual assistant, known as Siri, to launch money transfers. To use it, the consumer would say, for example, “Hey Siri, send John $30.” The recipient’s name is confirmed. Each transaction is authenticated using the iPhone’s Touch ID sensor.

Also in March, the Bank of Montreal, known as BMO, began offering Interac e-Transfer Bulk Disbursement to its commercial clients. This service enables businesses to send multiple payments in a single file upload without the need for the recipients’ personal financial information.

by: Kevin Woodward via digitaltransactions.net