Fusion Doubles Down on Employee Wellness and Watches Productivity Soar 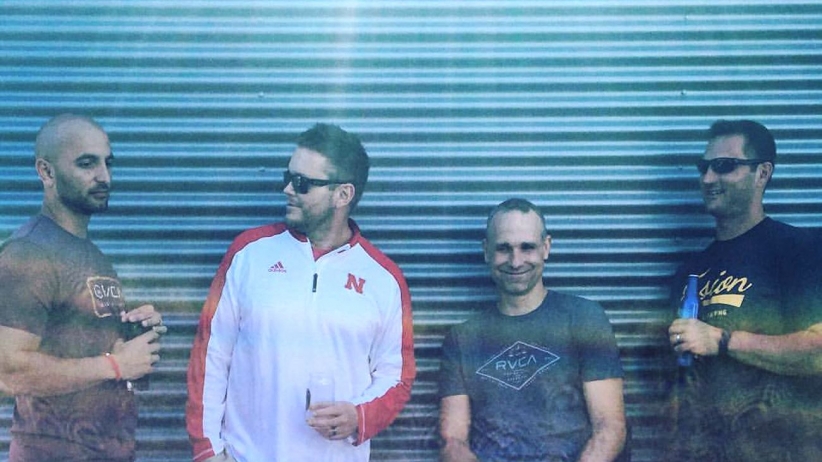 When Scott Wehner and Sam Wageman launched Fusion Medical Staffingfrom their basement in 2009, everyone thought they were nuts. How could they just up and quit their secure, well-paying jobs at a major company, especially during the worst recession in decades?

“We felt like the place where we worked was dropping the ball as far as how they treated their internal staff,” explain Wehner. “We knew what it felt like to not be appreciated or to not have your voice heard. We wanted to do things differently from a culture standpoint.”

That meant launching their own medical staffing company minus the inner-office politics and back stabbing.

“We wanted to create a company where you can trust your co-workers and know that the leadership of the company has your best interest in mind,” says Wehner. When they were first grinding it out, he recalls telling Wageman, “If we’re going to do this thing—we’re going to bust our asses for each other, not just ourselves. I’m working to help feed your family, you’re working to help me with my upcoming marriage.”

Nearly nine years later, their company, Fusion, has moved on up from that stuffy basement to a deluxe office park in Omaha, Neb. The company now employs a staff of 150 employees and last year doubled its revenue to $125 million. It also happened to earn the the No. 1 spot on our Top Company Cultures list in the medium sized company category.

Through it all, Wehner says they’ve worked hard to maintain that same basic company culture of “putting employees ahead of yourself and working for each other.” He adds, “We believe that our employees are our greatest value, so we’re always trying to build them up.”

“Core values” is a principle you hear a lot from Wehner and Wageman. Every decision they make about the culture springs from them. About three years into their business, they brought in a consultant who asked them to name the top five employees, and why they were so good at their jobs. At the end of the exercise, they realized that each of those employees were: humble, driven and positive. “Those became the core values we stand for and what we want to represent us going forward,” says Wehner.

To this end Wageman interviews every potential hire, asking a series of probing questions to determine if candidates “are driven but also open to helping other people out.” He also gauges their humility, saying “a humble person can admit to mistakes and imperfection, but is also driven enough to correct them. That makes them coachable.”

For those that make the cut, perks a plenty await. The company offers a 6,000-square foot fitness center that rivals many commercial gyms, with more than 75 percent of employees using it. There are Nautilus machines, free weights, treadmills, rowers, squat machines and a yoga studio. Employees can work one-on-one with a personal trainer or take group classes in kickboxing and circuit training. When they’re not pumping up, they can chill out with a masseuse and a chiropractor. A “wellness fridge” is filled with healthy food every Monday.

Being in the healthcare industry, it seems natural that Fusion would put a premium on wellness. But Wehner says it’s more than that, “I believe that a healthy body leads to a healthy mind. At the end of the day, the investment that we put into wellness comes back to us four fold.” He says his employees miss less work, are more productive throughout the week, have a better attitude on a regular basis and show decreased stress levels.

On the more “humble” side of the spectrum, Fusion allocates a generous amount of paid time off hours towards community volunteer service. They have a full-time non-profit director who organizes partnerships with charitable organizations. Employees are given a certain amount of PTO to give back to the community. For example, a number of employees work with Youth Emergency Services to provide support to homeless teenagers, mentoring them and coaching them on how to make better decisions.

“Breeding a sense of compassion within the company makes people believe they are a part of something bigger than just a good, money-making job. We are also hopefully changing lives,” says Wehner.

Both he and Wageman pride themselves on their open-door policy. “Anybody at any level can come in and talk to us,” says Wageman. (They didn’t even have doors until last May, when they finally moved out of the open floor into offices). But they also admit that, as the company continues to grow so rapidly, it’s become more challenging to be as hands on.

“We added 89 employees last year,” Wageman says. “When you add that many people so quickly and you have all these new faces in the hall, you need to make sure you’ve vetted them all upfront and that they know what we stand for.”

He considers himself Fusion’s No. 1 cheerleader, always firing the staff up. “But it was a heck of a lot easier to do when we had 55 people.”

How have they weathered the storm of success? “At the end of the day, our ability to maintain our culture and values as we grow is strictly dependent on how well our managers are able to preach that message,” Wageman says. “The managers need to hold people accountable and have their finger on pulse of their divisions. They’re doing a great job.”

by: Jonathan Small via Entrepreneur.com